Prepare four signs entitled statement, question, command and exclamation, and stick them on the four walls of the room.

Revise the four different types of sentences with the players, and remind them of the correct punctuation to use for each type.

Point out the four signs on the walls and tell the children you are going to read out a variety of sentences to classify. As soon as the players know what type of sentence has just been read, they must run to the appropriate sign.

The first player to the sign scores a point. Keep playing for as long as the children are having fun, and then find a winner.

Examples of sentences could include:

Opinion: Teenage Vandals Should Be Made to Clean Up Graffiti as a Community Service

Materials: 1 small bucket of water, with water level indicated by pen mark, and 1 empty cup per team. All buckets should be identical to aid in measuring the water remaining at the game’s end.

Directions: Split the players into teams, and stand them in relay fashion at one end of the field.

Place a bucket of water for each team at the other end of the field, marked with its water level.

Give each team an empty cup.

The relay carries on in this way till all the players have run with the water.

At the end of the race, the Leaders check the volumes in the buckets, and the winning team is the one which has spilt the least amount of water.

Letter to a Friend: About your holiday in Antarctica.

Story, starting with: I just couldn’t resist the temptation any longer. One quick look wouldn’t matter…

Lost in the Forest

Players Required: 1 or more, plus parent

Materials: Pieces of paper, with a different animal name on each one, hidden outdoors in various places. 1 animal per player.

Directions: Send the players out to find one lost animal each. When a player finds one, he puts the animal name in his pocket, doesn’t tell anyone what it is, and quietly returns to the start.

When all the players are back, sit them in a circle and let them take turns to describe what they have found, giving clues to allow the others toguess what the animal is. For example: I have scales, I can do a “death roll”, have sharp teeth, I look like a log = Crocodile.

If only one or two players are playing, place several names of animals in the woods for the children to collect, so that they can give clues for two or three different animals, instead of just one.

Discussion: The Job that is the Most Beneficial to Society

Instructions: How to Make a Bed

Players Required: 2 or more, plus parent

Directions: Sit the players on the ground equidistant from the Treasure (shoe).

The parent calls out the names of two of the players who must race to grab the treasure.

The player who grabs it, then tries to return to his place with it. The other player must try to tip him before he reaches home. If he catches him, the player must drop his treasure on the floor, at his feet.

The pair competes again, trying to grab the treasure from where it was dropped and return home with it, until someone succeeds.

Repeat the game until all the players have had a go. Keep score to find a winner.

Report: The Planet You Find Most Interesting 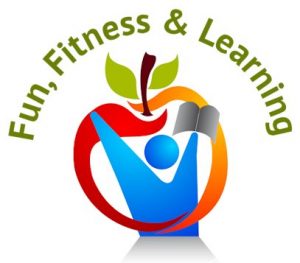